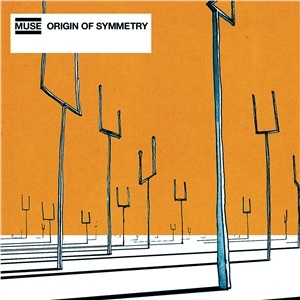 Our third Album Adventure, based on Origin of Symmentry by Muse, an alternative rock band from England. Origin of Symmetry was released in 2001 by Taste Media.

A Nibovian Wife, Diruks as drugs, the Talking Dead, the Muse, the mysterious Origin of Symmetry. The players tried to figure out what was going on, following the strange compass they had been given but instead everything is much stranger. Now they are powerful Philethis, and a version of themselves seems to be travelling across time and space, causing havoc wherever they go. Using their new found powers, can they catch themselves and find answers to the insanity they’ve found themselves in? Are they even themselves, or are they merely copies?

As the PCs follow the trail of their Bliss-selves, they find that they are revisiting all the places they have been before. Their counterparts first head to the sculptor, Aprinnias McKobbald.

Apprinnias has finished his sculpture and it is a work of art, unsurpassed by any other. The warehouse in which it stood has been torn down to reveal it in all its glory, and it is surrounded by people coming from far and wide to view it.

When the PCs arrive, their counterparts are already gone, but it is clear they have done something here. Being unable to comunicate, finding answers directly is difficult, but through observation of the timestream, the PCs can determine:

Next, their counterparts travel to the town where they met Andriggeo. Regardless of how they left it, people are living here and are still hearing the voices of the dead. The counterparts head to the ruins (or what remains of them) and begin building something.

When the PCs finally catch up with them, their counterparts have torn each other apart to build a glowing machine of Bliss-crystal from their bodies. If Andriggeo is there, she is locked in a makeshift cage, terrified and confused by what she has witnessed.

During this time, the planets above Earth have been aligning and when they do, the machine thrums with power. The Philethis PCs are drawn to the machine and it transmits them to another place.

The star-machine is a space-station made entirely of the strange bliss-crystal that hangs over Earth, wrapped in its own warp of spacetime that renders it immaterial and invisible from the outside. Arriving there, the PCs find the place full of people of all ages, seemingly growing out of the walls, floors, ceilings and any other surface. They turn to the players, pleading.

The players find that if they communicate with these people, they can be understood. Something about this place has robbed them of their time-sight and locked them into one reality, making them easily understood. However they still retain any other powers and are still Philethis. Talking to the people reveals they are the dead. Whatever this place is, it seems to have captured their minds and begun to regrow their bodies from crystal, but there is nowhere for them to go and they are trapped.

As they explore, they come across fully formed crystal people. They look like they come from another time, very old-fashioned clothing and appearances. Seemingly maddened by their centuries of isolation here, they attack!

The crystal dead are rock solid, but mad. They don't fight very effectively, but they can take a lot of damage.


Health
20
Damage
2
Armour
3
Interactions
These dead aren't capable of reason any longer and attack relentlessly. However, intellect attacks stun them for 1 round, during which they seem to snap out of their rage. Attempting to talk to them reveals they do not speak Truth, but clever PCs may know ancient languages and be able to talk to them whilst they are in this fugue state. If so, they say they have been trapped for time unknown, and that no-one has ever escaped, even trying to use the face rooms. They don't remain lucid enough to take them to the face rooms, but in lucid moments, can point them in the direction.

Further exploring, or following of direction, leads the PCs to the Face Room. The room has a number of people shaped indents, matching the number and original pre-Philethis shape of PCs exactly. It is almost as if the PCs where pressed face-first into a mold.

If a PC approaches the indent matching their true self, their form flickers as if trying to return to its original. However, until all PCs step into their indents, nothing happens.

When all players have engaged, the star-machine activates.

The PCs feel sharp needles pierce them all over the parts pressed into the indents and feel their blood drawn away, however, they are unharmed and they soon feel something else replacing it. The darkness in their vision begins to fade in stars and soon it is clear that the star-machine itself has faded away, leaving them floating in space. They can look around and see Earth below them, the pink mass of the star-machine plummetting down towards the surface, wreathed in flames.

When in impacts, there is a huge explosion and a door of pink crystal appears in space next to them. Even floating in space, they find they can walk over to it. When they enter, they immediately wake up wherever they were before the entire campaign began.

The players seem to be in the past and nothing they did in the campaign happened at all. At least, until they investigate. There is a huge crater where the ruin and village used to be, but everyone seems to remember it always being that way. There is a huge, exquisite sculpture in Kordech, that has apparently always been there. There is no record of any substance called Bliss, but curiously, anyone every harmed or killed by Bliss or Bliss-affected people seem to have also disappeared, as if they never existed.

For several sessions after, the PCs see out of the corner of their eyes the tell-tale flap of a Philethis’ robe as it seems to step out of view at random occasions.